Introducing AirBnB to Artists and Designers

Vinh Lam April 7, 2011 travel No Comments on Introducing AirBnB to Artists and Designers 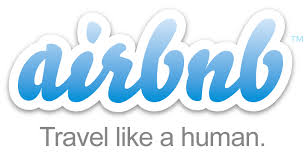 Are you planning a holiday, business trip or even a short break?

If you are, may we suggest you consider AirBnB?

About 18 months ago we stumbled across this site while Stuart was looking for accommodation for a trip to the US.

To say that we were a bit trepidatious at first would be an understatement. And we joked at the time that experience would either be the best ever, or it would be a total disaster…

Well… The trip turned out to be one of our best experiences ever.

AirBnB is what’s being described as “a peer-to-peer travel platform”, and it started some time in late 2007 when a couple of San Francisco flatmates, Joe Gebbia and Brian Chesky, rented out some space in their apartment to some fellow conference delegates who couldn’t secure rooms in any hotels.

Shortly after that they took the notion of “Couch-Surfing” to the next level and created the beginnings of the website in 2008.

Within a couple of years, Airbnb has spread to thousands of cities across hundreds of countries. On AirBnB you’ll find everything from an air-mattress in the spare room, to a Parisian apartment, to trea-houses, to castles, and even an aeroplane…

AirBnB has recently celebrated the 1,000,000th night booked too!

We’re passionate about AirBnB because it’s an enterprise that epitomises the ideals of community and “Collaborative consumption“. An idea that was listed in TIME magazine as one of the “10 Ideas That Will Change The World”.
Since our initial journey we’ve been fortunate to have had the opportunity to stay with wonderful hosts and glimpse new cultures in many different places.
We’ve hung out with the locals and experienced things that you just wouldn’t get the chance to do as a tourist staying in a hotel.
The AirBnB hosts who’ve allowed us into their homes have always been consistently friendly and welcoming.
And, as AirBnB hosts we’ve had the pleasure of welcoming new friends from all over the world.
AirBnB is a sensational community, the service they provide is fantastic, and the site has given people the opportunity to travel like human. And it’s so affordable… 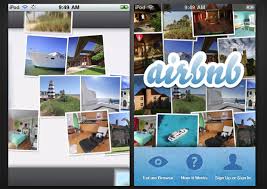 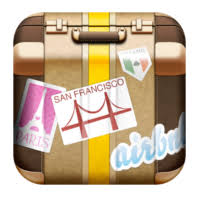 Source &  Images  courtesy of AirBnBDisclosure:
Vinh Van Lam & Stuart Horrex are active in the AirBnB community.
We travel and host regularly, and as such, when we travel we pay AirBnB a guest booking fee, and when we host, we receive payment for those room nights booked. As an affiliate we receive a percentage of the guest booking fee of bookings we refer.http://www.airbnb.com/?af=17061&c=mrect_01
airbnbcheap accommodations

7 Side Hustles To Make You Money

The Best Ways To Make Money Working From Home