Vinh Lam October 5, 2011 business tips, sales, service, starting a business No Comments on What is Retailing? 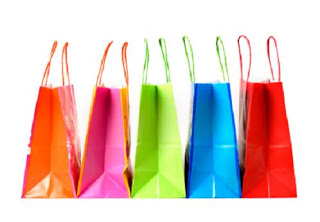 Retailing
Below is an example which illustrates what is retailing and the process.

Jack wanted to purchase a camera. He visited a Cameraman store and purchased a HD camera for his next holiday.

In the above case, Jack is the buyer who went to a fixed location (in this case the Cameraman store). He purchased a camera (Quantity – one) to be used by him. This is a retail scenario.
Designer Markets & Pop Up retail stores
Almost every artist or designer has had experience in participating in a market stall. Markets & pop up retail stores are the best way for any emerging artist or designer to test their products and also a great way to get market research on what is selling.
Some of the designer markets are open to the public one day per week or some only once every few months. The most well known designer market is Paddington  markets on Oxford street Sydney.
Pop Up retail stores
Pop Up Designer markets are increasingly popular, the market events usually showing twice a year and some Pop Up retail stores are open nationally too. The most popular designers pop up retailer event is  The Finders Keepers. The market have a huge following and many emerging designers participate in the event to gain exposure to the market and it a great way to sell your art and design at one  popular destination. The markets draw in thousands of people to the event.
Online Retailing (e-commence & Social Commerce) are becoming increasingly popular too as the on line retailer. This concept is fantastic to earn a great income, however it is not an easy task as some people might have thought. It will take a lot of your time to create a successful online business.
Online retailing gives opportunity to businesses who can’t afford to have a fixed location, or a business that doesn’t require one; anyone can set an online store and start trading the goods and services online. This also gives great opportunity for existing retailers who would like to market and capture a wider audience nationally or internationally by having an additional store on line that represents their business.
An online store is a great way to increase your income as your store will be open 24/7 and you can make money while you are sleeping.
What it means to you?
e-commercepop up retailsretailingsocial commerce

How To Get Started In The World Of Retail

Different ways of making a living as an artist or a designer.