Sydney Design is back in 3–18 August 2013 at The Powerhouse Museum, Sydney

“Sydney’s leading festival of design is back in 2013! This year’s theme Design re-think asks:

Stay tuned for an inspirational program featuring exhibitions, talks and events at the Powerhouse Museum and across Sydney.
Re-think and get involved: Not only can you visit Sydney Design 2013 – you can be part of it. So put your (re)thinking cap on and get ready for expressions of interest to open soon. “
Here are the previous program for inspiration.
Subscribe now and be one of the first to find out when expressions of interest open.
Share with a friend
Special Feature:
GEORGE NELSON: ARCHITECT, WRITER, DESIGNER, TEACHER
A comprehensive retrospective of the work of George Nelson (1908–1986), one of the most influential figures in American design during the second half of the twentieth century, will open at the Powerhouse Museum as part of Sydney Design 2013. 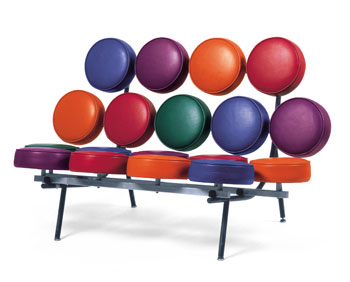 Marshmallow Sofa, 1956. Photo: Vitra
Nelson created classics of modern furniture and interior design like the Coconut Chair (1956), the Marshmallow Sofa (pictured, 1956), the Ball Clock (1947), the Bubble Lamps (starting in 1952) and the Action Office (1964). He was not only a leading designer and notable architect, but also a prominent author, editor, lecturer, exhibition designer, and a passionate photographer. 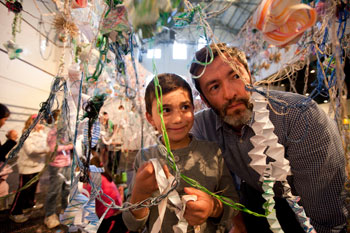 In his many essays on design, he was one of the most prominent voices among his peers in reflecting on the working conditions, duties and objectives of his profession at a time when the field and its image were still in the formative years. Nelson’s conception of design as a system, his approach that went beyond mere styling and always took into consideration the greater nexus of interrelated interests and concerns as well as his achievements in the teaching of design give his oeuvre particular relevance and appeal in today’s context.
Exhibition opens as part of Sydney Design 2013 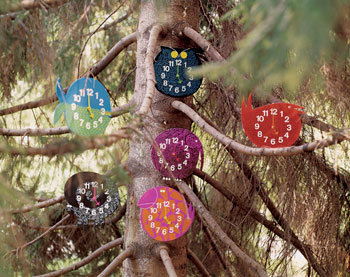